This post is counting down the final Top 4. Here they go! 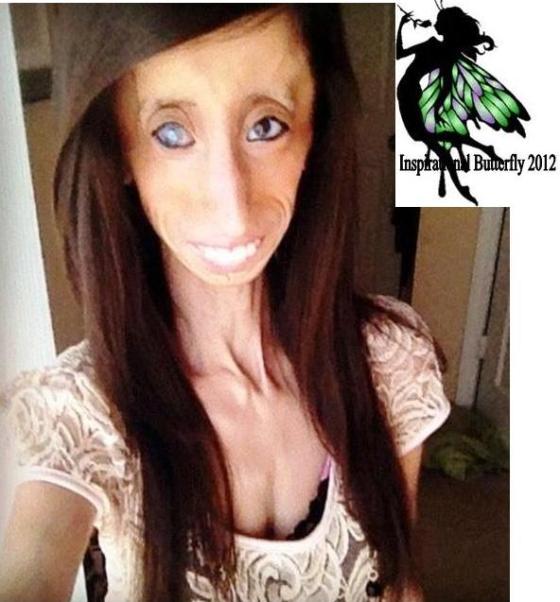 In 2012 Lizzie Velasquez became a household name. Once labeled the “ugliest women in the world” (which is totally disgusting, by the way) by cowardice losers (as nice as I can put these people) on YouTube-who also called her “it” and said that she was so ugly she should just “kill herself”, Lizzie now holds the title as Lizzie the Beautiful! She was born with a rare disease that prevents her body from storing fat and maintaining body muscle. As a result, she is prone to serious other issues like bone fractures from just walking.

Lizzie was highlighted on CNN when she told her the story of her condition and beautifully exclaimed that “The stares are what I’m really dealing with in public right now,” she told Dr. Drew Pinsky in an interview on CNN’s Headline News this week. “But I think I’m getting to the point where… instead of sitting by and watching people judge me, I’m starting to want to go up to these people and introduce myself or give them my card and say, ‘Hi, I’m Lizzie. Maybe you should stop staring and start learning.” (CNN)

At 23, she has completed more than 200 workshops motivating people all over the world.  Lizzie qualifies as one of the most Inspirational Butterflies of 2012 because she has inspired millions of women and young girls around the world to embrace their inner beauty, their individuality, and their uniqueness. She has also inspired women and men to judge people from the inside, not the outside. We love Lizzie and we congratulate her on all of her achievements and thank her personally for everything she has done to inspire women and girls around the world! You can read more about her on Yahoo! Shine here: Lessons from the World’s Ugliest Woman. 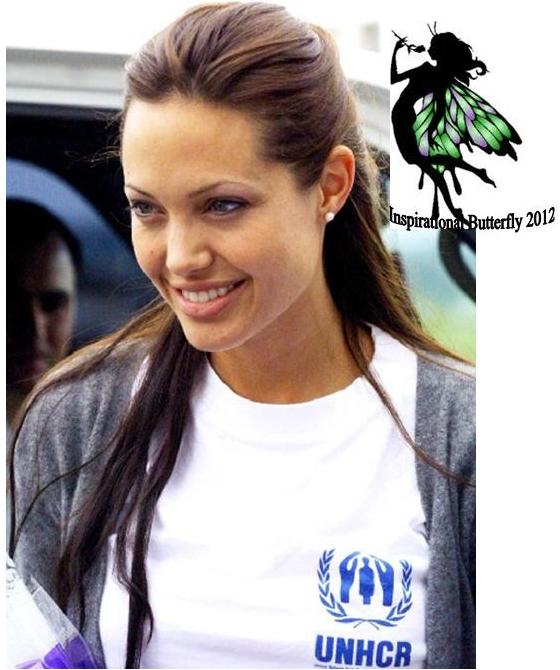 Besides being a Oscar winning actress and my official “girl crush”, Angelina Jolie is an outstanding global citizen. Her many roles on screen hardly compare to her role as Ambassador for the United Nations High Commissioner for Refugees (UNHCR), a UN agency that currently assists 20 million refugees in approximately 120 countries.

She became involved in the plight of refugees around the world after a trip to Sierra Leone-Africa. After deciding to use her famous name to support and bring awareness to refugees around the world, she was named Goodwill Ambassador in 2001. For over 11 years she has dedicated her life to helping refugees. Just this past fall she visited refugees in Syria. And with her visit, she brought hope, inspiration and more awareness as to the depth of the suffrage for the people of Syria. She also donated $100 thousand dollars to Syrian refugees.

Angelina qualifies as Inspirational Butterfly of 2012 because she not only inspires young girls and women to be strong through her acting roles and through her role as a mother, but she also brings inspiration to those who need it most. And through her work she has inspired others to do the same.

I’ve never been to a refugee camp. But I can only imagine the pain and hopelessness there. It takes a special person to carry into the deepest corridors of human pain a light of hope. The Butterfly Bridge honors Angelina Jolie for her light of inspiration, not just to women but to humanity as a whole! 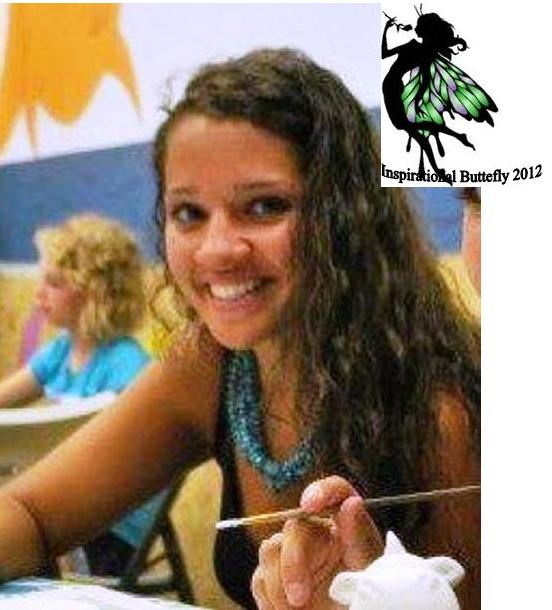 Victoria Soto was a teacher at Sandyhook Elementary School in Newtown, CT. Everyone has heard of the tragedy of Sandyhook. Through the rubble of this tragedy were stories of heroism and selflessness that blew our minds. The one that stands out to us is that of Victoria. The 27 year old teacher gave her life to save many more children from dying.

When she became aware there was a gunman in the school, she hid her first-graders in closets and cabinets, then told the shooter they were in the gym. He turned the gun on Soto, killing her, but none of her students were harmed.

Victoria’s story of heroism is an inspiration to humanity. Her final act on this earth was one of love and protection of those less able to protect themselves. That is a lesson that we all need to learn. Children around the world suffer at the hands of adults every day. We can learn from Victoria to protect the innocent…at all costs.

The Butterfly Bridge humbly thanks Victoria Soto for her life and for her gift of love to humanity. No one knows who these children that she saved are destined to be. Now, thanks to her, we will find out! Blessings to the Soto family and Butterfly Kisses to you Victoria as you smile down from heaven! 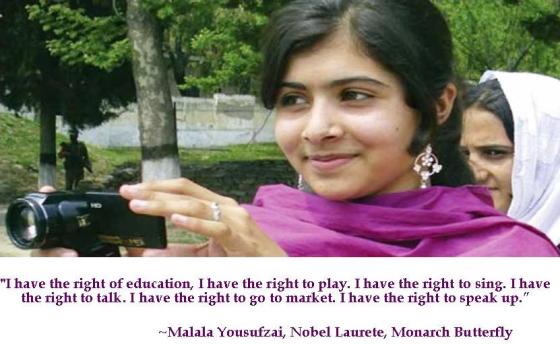 It takes a Monarch to Inspire the world…..

No surprises here, right? Our Monarch Butterfly is our #1 Inspirational Butterfly of 2012. We all know the story of how Malala   and two other girls were gunned down by terrorists as they rode to school on a bus in Pakistan. Although she was shot in the head and left for dead, she survived.

The attack sparked an outcry not only in the West but in Pakistan and the world as a whole. Her message of rights for women and girls in Pakistan and around the world inspired a nation to change and a generation of young people to seek education for girls all over the world.

Malala is recovering and still speaking out for the rights of girls in her country and continuing her education from her hospital bed in England.  Malala’s strong will and message has inspired the entire world; that is why she is our first Monarch and #1 on our Inspirational Butterfly list.

These amazing Butterflies flew beyond expectations in 2012. They inspired the world with their acts of love, strength, generosity and inspiration. We send our love to each one of them. If any of the women on this list inspired you in a special way, let us know. Post your comments to this post.

Love and Inspiration to you all in 2013! 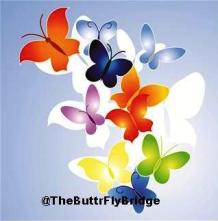 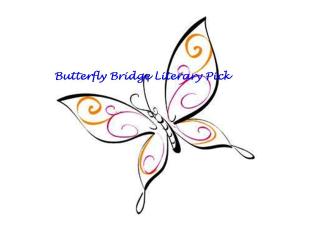 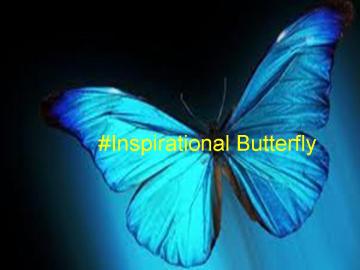